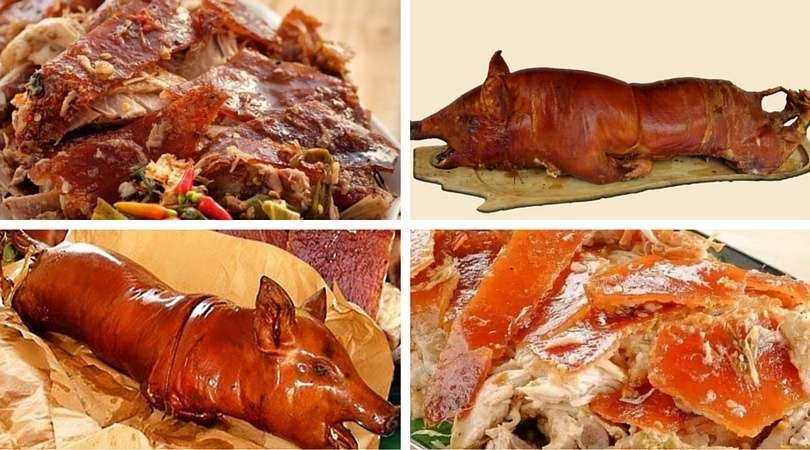 Did you know that lechon actually has Spanish origins?

Although lechon, a Spanish word which refers to a pig that was roasted, has been declared as the national dish of the Philippines, it can also be found in other places all over the world particularly in Spain and other former colonies. Among the regions where it is most popular include the Philippines, Puerto Rico, Cuba, the Dominican Republic and many other parts in Latin America.

American chef Anthony Bourdain, through his No Reservations show, visited Cebu back in 2009 and declared that he had finally found the ‘best pig ever’ in the island.

Cebu lechon, just like other lechons in the country, are stuffed with a combination of lemongrass, garlic, green onions and chili leaves and then roasted over open charcoal fire for hours. Cebu lechon is best known for its tasty, tender meat and crispy skin – perhaps among the best and most delicious combination that can be found anywhere in the world.

Now, when it comes to lechon, classic isn’t the only way to go.

As the lechon capital of the country, Cebu has found many ways to make this national dish even more appetizing and sinfully delightful. When dipped in a light vinegar sauce or a thick gravy and paired with puso (hanging rice), it is provides the most sumptuous meals of all.

What are the different types of Cebu lechon? 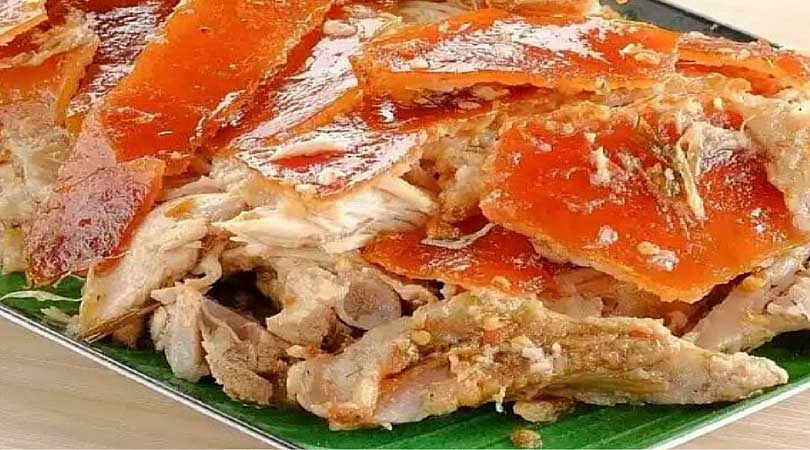 The original lechon flavor is created through a combination of garlic, onions, lemongrass, chili leaves and other herbs and spices. The stuffing not only adds a mouthwatering smell to the roasted pig but also puts in the delicious taste.

The best classic lechon comes with tender meat, usually from the ribs, and crispy skin, best enjoyed when the pig just came out of the open fire.

In Cebu, classic lechons are dipped in vinegar or thick gravy and then paired with puso. Diners have the option to wash down the food with a bottle of softdrinks or alcohol or, when you dine in at Rico’s Lechon, you can pair it with their Cucumansi Quencher to lessen the guilt. 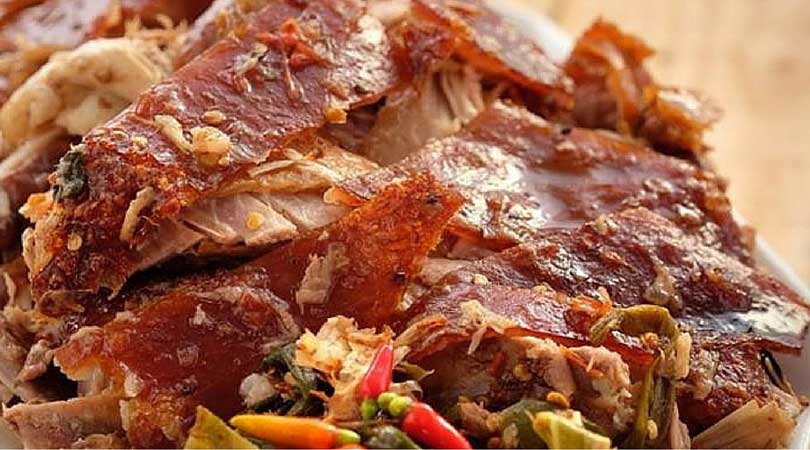 When it comes to spicy lechon here in Cebu, there is only one store that comes to mind: Rico’s Lechon.

Rico’s was the one who pioneered this version of the roasted pig which is basically like the classic one but with a spicy kick. Back then, those who wanted their meat hot and peppery would just have to dip it in chili sauce. Now, the spicy ingredients are added right into the stuffing placed in the pig’s belly.

According to Serving Size

Aside from the flavor differences, Cebu lechon also comes in different varieties including: 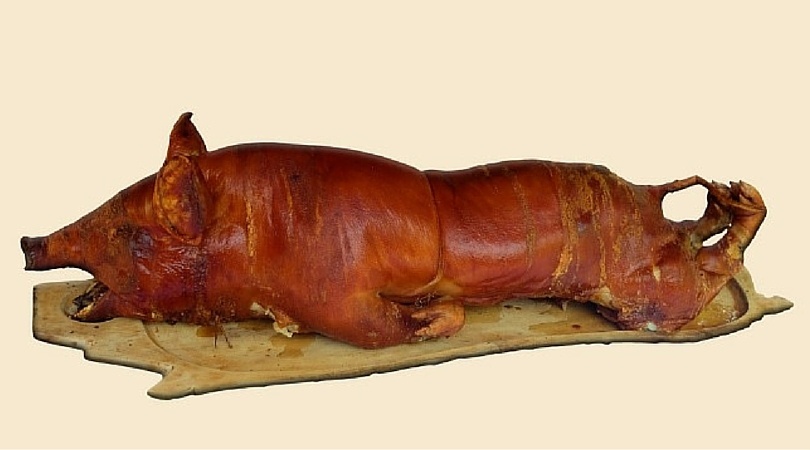 The whole lechon is most often the highlight of any fiesta or gathering in a Filipino home. A regular sized roasted pig, which sells for PHP 4,000 at Rico’s Lechon, can feed around 20 to 25 persons. Meantime, you can feed nearly twice the number of people to get a XL sized roasted pig at PHP 6,000.

When serving whole lechon during a feast, the belly area of the pig is usually the one that gets consumed first. Because the stuffing is placed in the stomach, the meat there is also the one with the best flavors. Not surprisingly, the ribs and the meat around it are what most lechon fans pick on.

For the latecomers, the feet are the most popular. The head of the pig is also turned into ‘pulutan’ or sisig for the beer-loving guests. 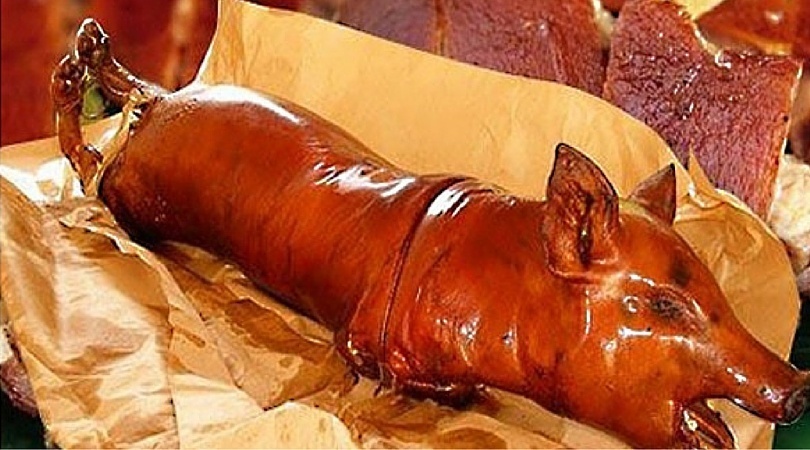 Those who have a smaller budget or are feeding a lesser number of people can go for the lechon de leche variety.

In its most literal sense, lechon de leche comes from Spanish which refers to a suckling pig that still lives off of its mother’s milk. The best lechon of this variety is one between 3 and 5 weeks old or when they are not too young to be just skin and bones but not old enough to be going on solid feeding. In terms of weight, this could mean a pig of around 4.5 to 6 kilos of live weight or around 3 to 3.5 kilos of cleaned weight.

Authentic lechon de leches should have a creamy-tasting meat. 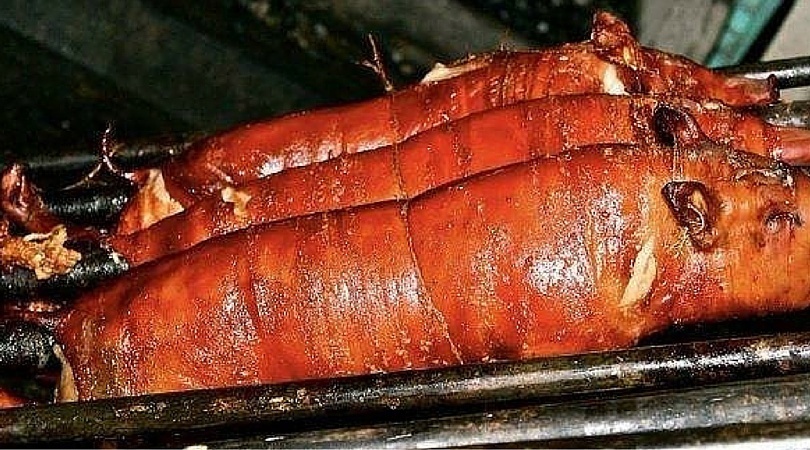 Although roasting a whole lechon on an open charcoal pit has become a tradition in the Philippines that has lived on for many generations, the popularity of simply roasting the lechon belly (usually deboned, thus the term boneless lechon) is making its way in the market.

Many Cebuanos claim that the boneless lechon is no match for the flavors that come with the whole lechon but we still cannot deny just how mouthwatering this dangerously delicious pork dish is.

A lot of restaurants have sprouted in Cebu to take advantage of the growing lechon belly trend. The pig’s belly is deboned (and sadly removed of its delicious ribs), then stuffed with spices and herbs to make it even more delicious. The process of cooking the boneless lechon is basically the same with what the whole lechon undergoes. 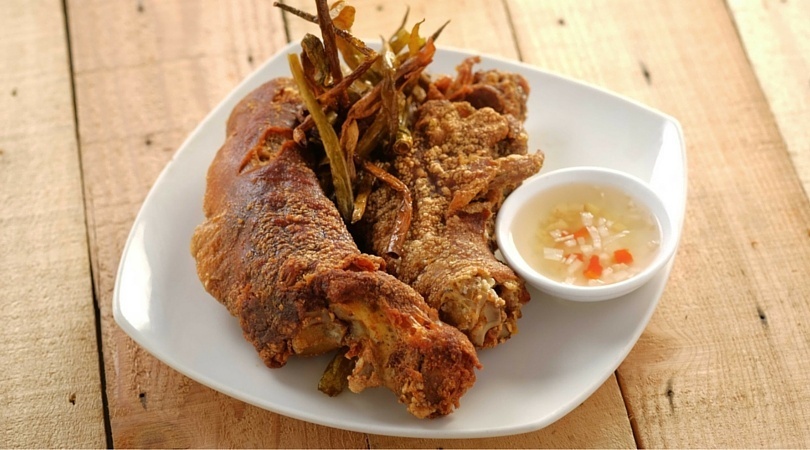 The Cebu lechon is not just about its tender juicy meat and crispy skin. In fact, for the gastronomically adventurous, this sinfully delectable dish offers more textures and flavors, depending on which part you are munching on and how it is cooked.

Take the Feetchon, for example.

The Feetchon is best eaten after dipping in a slightly spicy vinegar dip. This dish is best shared during family and barkada gatherings and is usually washed down with a bottle (or two) of beer.

Cebu has long been known for its savory pork dishes that are not exactly the friendliest to those who are on a diet.

Chicharon is a well-known delicacy from Carcar, a city located south of the Cebu province, made from pork rind. But, what makes it even more sinful is that Rico’s Lechon already offers a combination of both. Who says you can’t have the best of both worlds?

Rico’s Lechon Chicharon uses bite-sized lechon bits that have been marinated in strong vinegar sauce and spices. Each serving of lechon chicharon comes with the restaurant’s very own “sam-aw” dip.

A lot of Cebuanos have already discovered the pritchon, or the pritong lechon, way before the lechon restaurants started serving them. This modified dish is cooked from lechon leftovers although restaurants use fresh meat when making their pritchon.

In some restaurants, the pritchon comes from a suckling pig that is chopped in wedged into pita wrappers. It is then served with cucumber and onion leaves plus seven different sauces including mustard, honey lemon, liver sauce and so on.

However, if you are not into fancy style pritchon, you can always go for the ones similar to what Rico’s Lechon serves. Rico’s pritchon comes from pieces of lechon that are seasoned and deep fried until they are perfectly crispy. Crackling good with every bite!

Want more variety in your lechon? You can also try out other Rico’s Lechon offerings including the following: 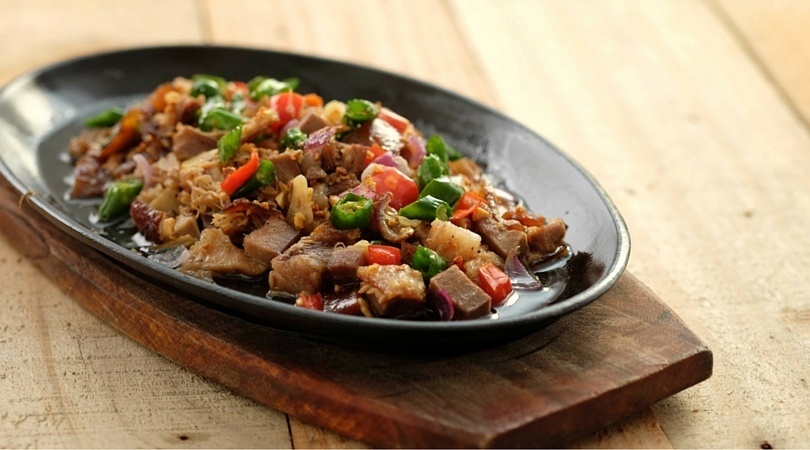 Sizzling Lechon Sisig – Luzon’s traditional sisig dish is added with a Rico’s twist by seasoning it with strong and flavorful spices.

Lechon Paksiw – The best part about lechon leftovers is that you can turn them into paksiw. Here, pieces of lechon meat are bathed in a mixture of vinegar, soy sauce, garlic and onion and then topped with scallions coming from the lechon. 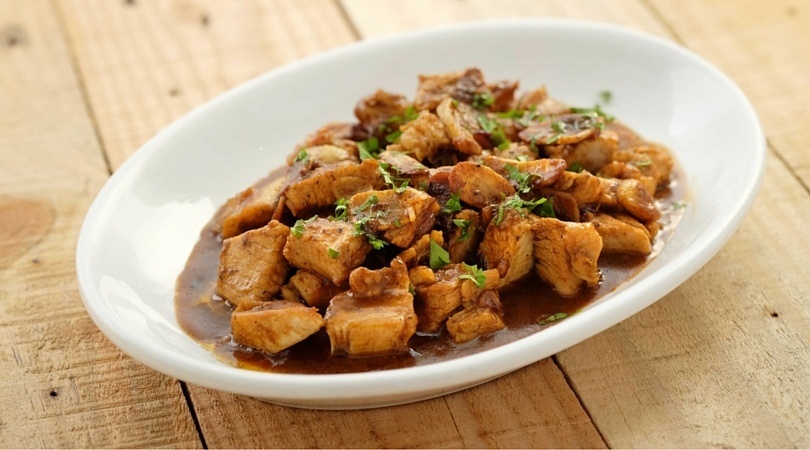 Lechon Salpicao – Rico’s puts in some flair into your favorite lechon by dicing its meat and then tossing it in garlic and red wine sauce. Each serving is then sprinkled in with fresh parsley. 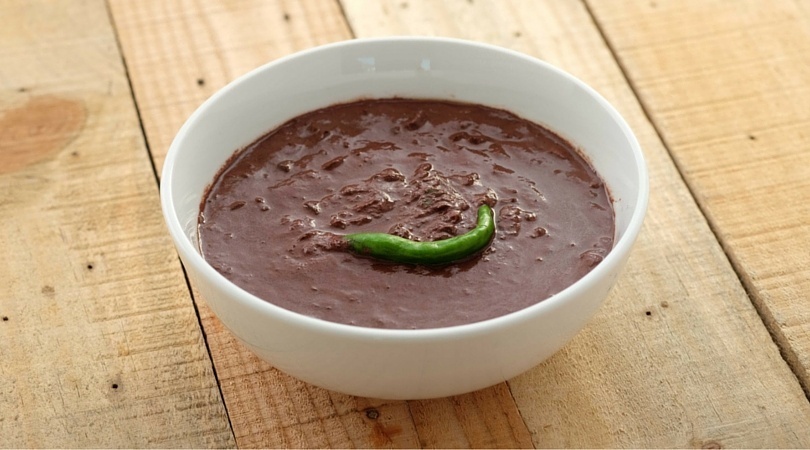 Rico’s Lechon Dinuguan – The pulutan favorite is among the perfect ways to complement everybody’s favorite lechon. 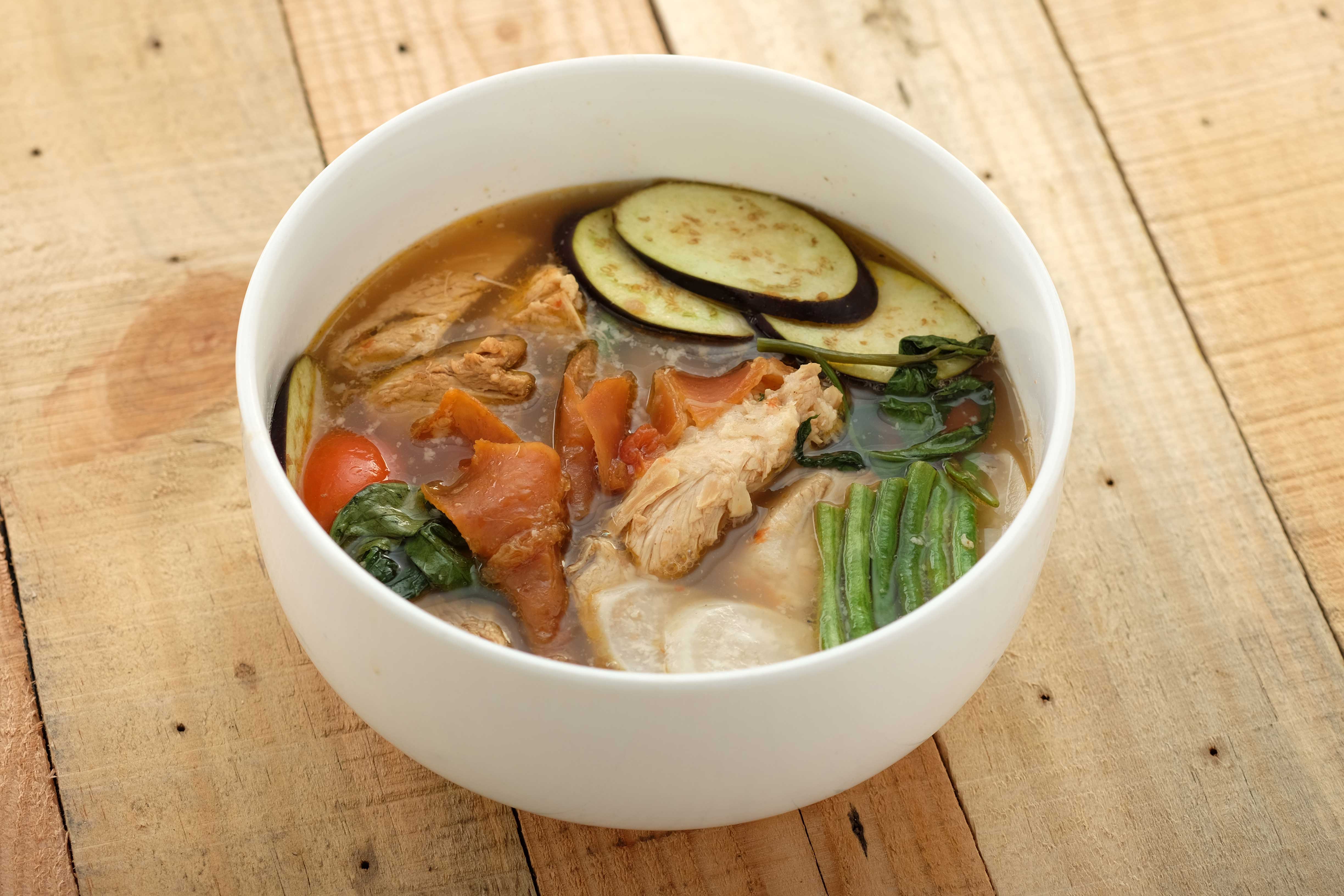 Sinigang na Lechon – Lechon with soup? Rico’s serves their lechon bits by simmering it in sour broth of sampalok and tomato and then adding in some fresh vegetables. 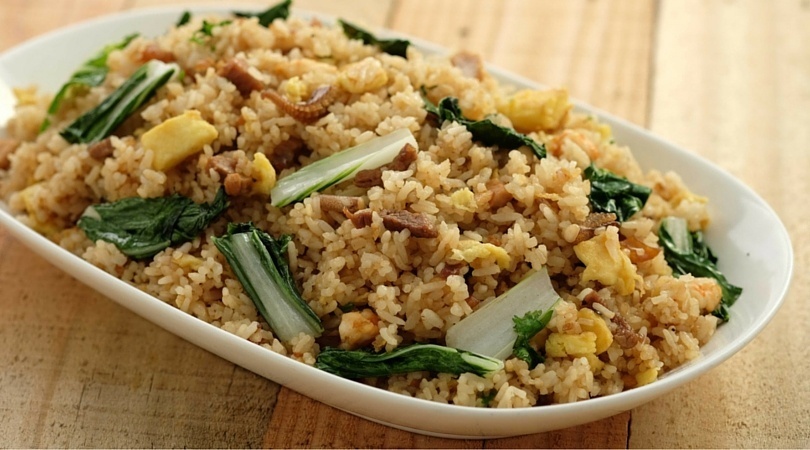 Lechon Chili Rice – Or if you do not want to feel guilty about ruining your diet, you can always get yourself a serving of this fried rice that has been mixed in with some bits of lechon, bagoong, garlic, chili, green pechay and coriander. Just the perfect mix of spicy and sweet taste!

Get your fill of Rico’s best selling dishes by heading to any of their restaurants (Mabolo or Mactan).

You can also get your whole lechon by ordering it through our website.