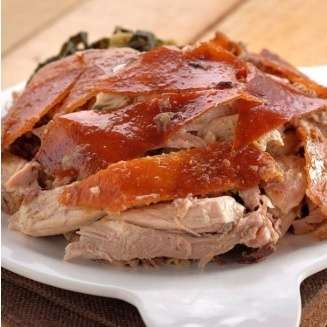 Cebu-based restaurant Rico’s Lechon is coming to Manila and is set to open nine branches that will serve its spicy flavored lechon (suckling pig) scattered around the metro, according to a statement released today.

ABS-CBN News reported that branches will soon open under the management of Meat Concepts Corp. at The Fort Strip in Bonifacio Global City, Glorietta mall in Makati City, Cloverleaf Mall and UP Town Center in Quezon City, Tiendesitas and Portico in Pasig City, Ayala Feliz in Marikina City, and Blue Bay Walk and Ayala Macapagal in Pasay City.

Lechon is a dish popular throughout the Philippines but some say that the best ones are found in Cebu.

Rico’s Lechon’s Manila expansion follows other Cebu-based lechonrestaurants that have brought their specialties to the capital like Zubuchon, House of Lechon, and Tatang’s Boneless Lechon.

“We want to be able to have Cebuanos take pride in sharing this [Rico’s Lechon] with the rest of the country, and eventually the world,” Meat Concepts President George N. Pua said in the statement.